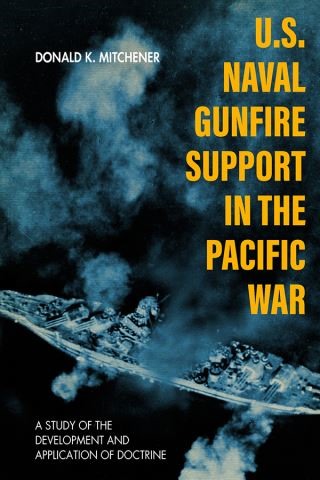 A Study of the Development and Application of Doctrine

On November 20, 1943, the U.S. military invaded the Tarawa Atoll of the Gilbert Islands as part of the first American offensive in the Central Pacific region during World War II. This invasion marked more than one first, as it was also the introductory test of a doctrine developed during the interwar years to address problems inherent in situations in which amphibious assaults required support by naval gunfire rather than land-based artillery.

In this detailed study, Donald K. Mitchener documents and analyzes the prewar development of this doctrine as well as its application and evolution between the years 1943–1945. The historical consensus is that the test at Tawara was successful and increased the efficiency with which U.S. forces were able to apply the doctrine in the Pacific theater for the remainder of the Second World War. Mitchener challenges this view, arguing that the reality was much more complex. He reveals that strategic concerns often took precedence over the lessons learned in the initial engagement, and that naval planners' failure to stay up to date with the latest doctrinal developments and applications sometimes led them to ignore these lessons altogether. U.S. Naval Gunfire Support in the Pacific War presents an important analysis that highlights the human cost of misinterpreting strategic and tactical realities.

Donald K. Mitchener: Donald K. Mitchener is a naval historian, lecturer, and fellow of the Military History Center at the University of North Texas. He is a member of the Editorial Advisory and Review Board for Global War Studies.