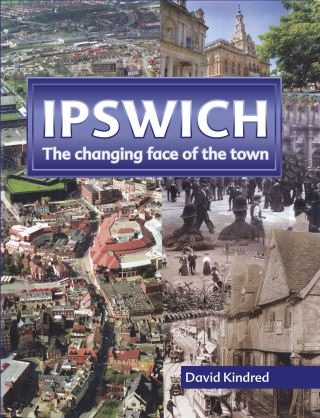 If you walk through Ipswich you become aware of how buildings of all periods jostle each other for space. There are remnants of fine medieval and Tudor dwellings, terraced streets from the 19th century as well as developments from the 20th and 21st centuries. David Kindred's book throws light on how Ipswich has developed since the 1880s when photography outdoors first became practical. He has drawn on a wide range of sources including some photographers whose work was outstanding. Harry Walters, for example, was making high-quality images in the 1890s. Similarly, the curator of the Ipswich museum in the 1930s, Guy Maynard, recorded areas where changes to the town were planned including photographs of the housing around Cox Lane and the Potteries. Amateur photographers have also played their part, capturing the questionable changes of the 1960s. They have photographed the recent transformation of the dock area from a commercial hub to a mainly residential and leisure scene complete with a new university building. The 300-plus photographs chosen and captioned by David Kindred bring to life the past and present of Suffolk's county town, the town on the Orwell.