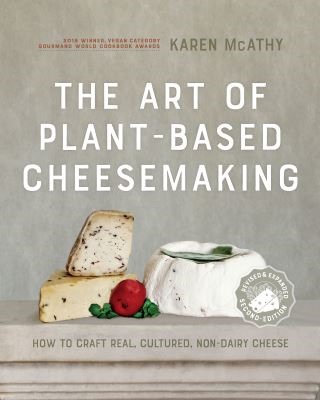 The Art of Plant-based Cheesemaking, Second Edition is a must-have for aspiring DIY non-dairy cheesemakers, vegans, and serious foodies alike. The texture, the sharpness, the taste; you will be proud to serve up your creations.

Karen McAthy: Karen McAthy is founder and co-owner of Blue Heron Creamery, a dairy-free, plant-based artisan cheese and vegan foods company in Vancouver, BC, which creates authentic and cultured non-dairy cheeses. McAthy is a sought-after educator in the world of plant-based food and award-winning author.