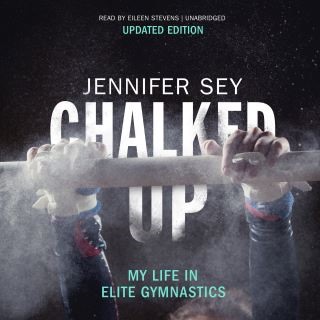 My Life in Elite Gymnastics

Dreams of becoming the next Nadia Comaneci led Jennifer Sey to become a gymnast at the age of six. Her early success and love of the sport propelled her and her family to great sacrifice so that she could become a National Team member and one of America’s elite gymnasts by age eleven. But as she set her sights higher, Jennifer began to change, setting her mental and physical health aside in the name of winning. The coaching culture of extreme cruelty drove Jennifer to self-harming behaviors, extreme injuries, an eating disorder, and depression and the adults in her life who were supposed to protect her failed to intervene, swept up in the dream of an Olympic berth.

Now Sey reveals the tarnish beneath the gold medals in this powerful portrait of intensity and drive, and the way that adults set children’s needs aside in the name of winning. Abusive coaches, manipulative business leaders, and parents blinded by the glory of gold forced Jennifer from the sport to find her own way back to mental health, self-worth, and happiness.

Jennifer’s personal tale exposes the dark side of sport, now well documented in the film she produced, Athlete A. Her personal journey provides hope for those young athletes struggling to find their way back from abuse and neglect at the hands of adults who put their own needs ahead of children’s.

Jennifer Sey is the 1986 National Champion in gymnastics and a seven-time National Team member. She produced the documentary Athlete A and has written for salon.com, the New York Times, and Glamour magazine on the abusive culture in the Olympic movement. She currently serves as the Levi’s Brand President and lives in San Francisco with her husband and four children.