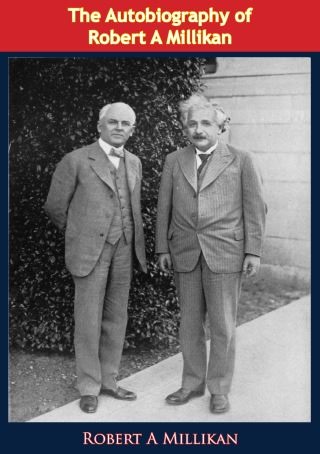 The Autobiography of Robert A Millikan

Robert Millikan tells his story in his own words. “This book represents an effort to record and appraise some of the changes which have come under the eyes of one particular observer of the rapidly changing scene. I shall begin, however, in 1825, some forty years before my birth.”

“The Autobiography of Robert A. Millikan is one of the most outstanding works of its kind done by an American man of science. The treatment is lucid and brings out in clear relief not only the activities of the man himself but of those, and there are many, with whom he has associated and collaborated in the fields of teaching, research, and administration. The autobiography is that of a dynamic personality associated with patience, persistence and enthusiasm. The treatment is free from egotism and refreshingly frank and forthright.” — B. J. Spence, American Journal of Physics

“Robert Andrews Millikan is one of the most distinguished physicists in the world and his autobiography will interest not only the entire scientific world, but the reading public at large... It is refreshing and helpful for younger [scientific] workers to read... that only after many discouraging attempts did [Millikan’s] great researches on the determination of the electronic charge and his proof of the Einstein photoelectric law emerge.” — Robert S. Shankland, Physics Today

“It is seldom that a man is so successful in getting his personality into his own writing about himself... The book is much more than the record of the life of one man,... it is a history of the physics of his time, and as such will find its place among the other histories of the most memorable decades that physics has yet experienced.” — P. W. Bridgman, Science