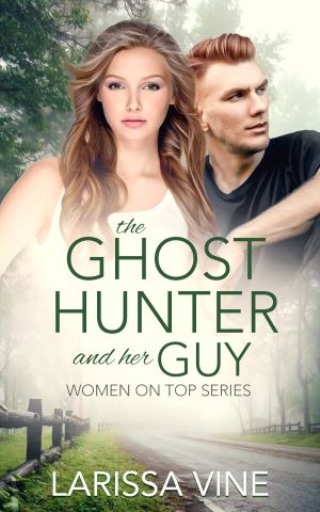 The Ghost Hunter and Her Guy

Book four in the Women on Top series

A love so strong, it's supernatural.

When medium Jolene Gray is offered a lucrative contract as a psychic on a television show, she jumps at the chance. The money will pay for her spiritualist meetings that help connect people with their departed loved ones...and she'll get to work with smoking-hot TV director Red MacFarlene. Jolene's life is woefully lacking in romance. It's hard to have a boyfriend with her spirit guide, Iris, always in her head.

This is Red McFarlene's golden ticket, an opportunity to direct an episode of the phenomenally popular TV series Canada's Most Haunted. By doing this, Red hopes to launch a new career directing movies like his sickeningly perfect brother. Bonus—the show's ghost hunter is the gorgeous and gifted Jolene.

As filming starts on a famously haunted farm, a place steeped in tragedy with a history of vengeful ghosts, Jolene senses that the spirits want something, but her guide is blocking them from her, and she's also sidetracked by her steamy romance with Red.

The ghost activity increases, though, and soon it's not just the TV show that's at stake. To face the specters and protect Red from dangerous paranormal forces, Jolene must ignore the voice in her head, and listen to her heart...before it's too late.

Larissa Vine: British-born Larissa Vine spent way too long traveling before settling in Vancouver, Canada. Now she lives close to the ocean and the mountains with her ever-patient family and her army of cats. Larissa tries to write what she loves to read &#8211; books which are tender, cheeky, even dirty sometimes. Books which are, above all...fun!