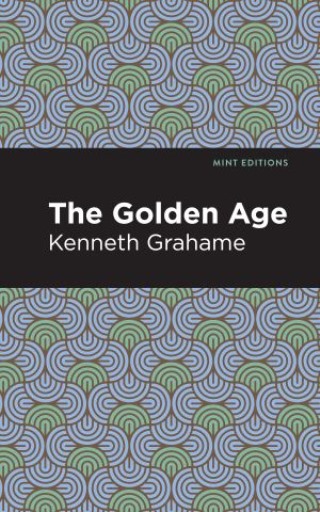 The Golden Age (1895) is a collection of stories by Kenneth Grahame. Although less popular than The Wind in the Willows (1908), which would go on to become not only a defining work of Edwardian English literature, but one of the most popular works of children’s fiction in the world, The Golden Age is a moving portrait of youth, an understated autobiographical meditation made for children and adults alike.

Recalling his youth among elders who exemplified Victorian values of stoicism and quiet decency, Kenneth Grahame refers to these hallowed figures as the “Olympians” whose presence provided both order and necessary balance to his rambunctious, imaginative boyhood. Now an adult himself, Grahame wonders if he has become one of these “Olympians,” and looks back on his youth not only for an answer, but for a reaffirmation of the joy and freedom of a childhood spent among friends. In the stories that follow, he recalls the games they played, the places they discovered, and the legends they made of the normal, the boring, and the everyday found all around them. Filled with references to classical Greek mythology, Grahame’s collection is nostalgic for a world left behind, yet open to reconstituting a reality more wonderful for its common nature. The Golden Age is not just a book about the experience of childhood, but a study of the past that must remain present within us. Grahame’s book remains, over a century after it was published, a classic work of literature for children and adults alike.

With a beautifully designed cover and professionally typeset manuscript, this edition of Kenneth Grahame’s The Golden Age is a classic work of British literature reimagined for modern readers.

Kenneth Grahame (1859-1932) was a Scottish author of children’s literature. Following the death of his mother at a young age, Grahame was sent to live with his grandmother in Berkshire, England, in a home near the River Thames. Unable to study at Oxford due to financial reasons, Grahame embarked on a career with the Bank of England, eventually retiring to devote himself to writing. An early exposure to nature and wildlife formed a lasting impression on Grahame, who would return to the Thames Valley of his youth throughout his literary career—most notably in his novel The Wind in the Willows (1908), which is considered his finest achievement and a masterpiece of children’s fiction.