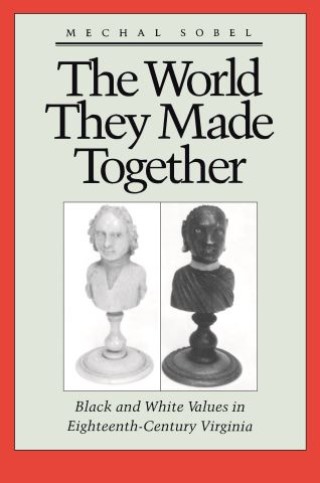 The World They Made Together

In the recent past, enormous creative energy has gone into the study of American slavery, with major explorations of the extent to which African culture affected the culture of black Americans and with an almost totally new assessment of slave culture as Afro-American. Accompanying this new awareness of the African values brought into America, however, is an automatic assumption that white traditions influenced black ones. In this view, although the institution of slaver is seen as important, blacks are not generally treated as actors nor is their "divergent culture" seen as having had a wide-ranging effect on whites. Historians working in this area generally assume two social systems in America, one black and one white, and cultural divergence between slaves and masters.

It is the thesis of this book that blacks, Africans, and Afro-Americans, deeply influenced white's perceptions, values, and identity, and that although two world views existed, there was a deep symbiotic relatedness that must be explored if we are to understand either or both of them. This exploration raises many questions and suggests many possibilities and probabilities, but it also establishes how thoroughly whites and blacks intermixed within the system of slavery and how extensive was the resulting cultural interaction.

Mechal Sobel: Mechal Sobel is Associate Professor of History at the University of Haifa.