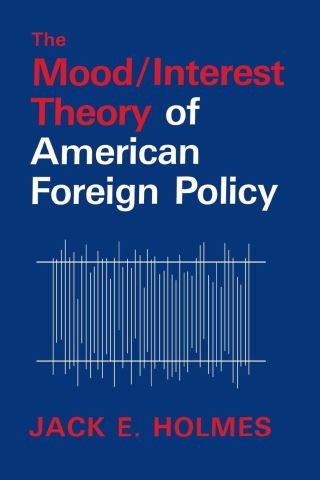 In 1952, Frank L. Klingberg's article on introvert and extrovert American foreign policy moods projected an American turn toward introversion in the late 1960s. After this came to pass, Jack Holmes began to develop a theory of how these moods might work in a more specific sense. His mood/interest theory points to a basic conflict between politico-military interests and the foreign policy moods of the American electorate.

Holmes presents a pioneering account of the over-whelming impact of public moods on foreign policy. Policy-making structures, executive-legislative relations, presidential personality, pragmatism, moralism, elitism, conservatism, international economics, and humanitarianism are related to the mood/interest pattern. Major points are illustrated with examples from 1776 to the present.

Holmes's analysis indicates that American moods are continuing unabated according to past patterns, so that American foreign policy may undergo some surprising changes in the next decade. One of the author's hopes is that emphasis on the importance of national moods will help avoid future extremes.