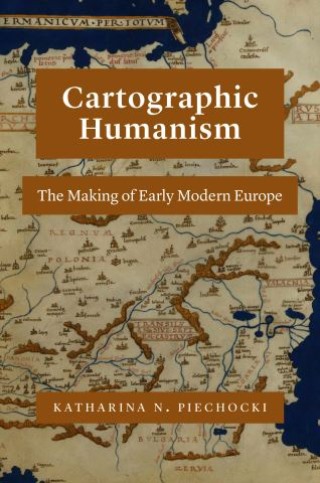 The Making of Early Modern Europe

Piechocki calls for an examination of the idea of Europe as a geographical concept, tracing its development in the 15th and 16th centuries.

What is “Europe,” and when did it come to be? In the Renaissance, the term “Europe” circulated widely. But as Katharina N. Piechocki argues in this compelling book, the continent itself was only in the making in the fifteenth and sixteenth centuries.

Cartographic Humanism sheds new light on how humanists negotiated and defined Europe’s boundaries at a momentous shift in the continent’s formation: when a new imagining of Europe was driven by the rise of cartography. As Piechocki shows, this tool of geography, philosophy, and philology was used not only to represent but, more importantly, also to shape and promote an image of Europe quite unparalleled in previous centuries. Engaging with poets, historians, and mapmakers, Piechocki resists an easy categorization of the continent, scrutinizing Europe as an unexamined category that demands a much more careful and nuanced investigation than scholars of early modernity have hitherto undertaken. Unprecedented in its geographic scope, Cartographic Humanism is the first book to chart new itineraries across Europe as it brings France, Germany, Italy, Poland, and Portugal into a lively, interdisciplinary dialogue.