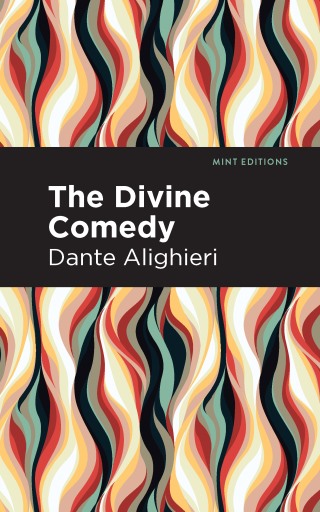 The Divine Comedy (1320) is a narrative poem by Dante Alighieri. Begun in 1308 while Dante was exiled from his native Florence, The Divine Comedy—a long poem divided into three books of 33 cantos each—presents the author’s spiritual journey from sinfulness and despair to salvation and self-understanding. Written in the Tuscan vernacular, the poem was influential in establishing a standardized Italian language.

In the first book, Inferno, Dante is led by the Roman poet Virgil into Hell. There, he comes to terms with his own sinfulness while observing the horrors and tortures suffered by those condemned to eternity in its circles. Along the way, Dante encounters historical figures, acquaintances, and other individuals whose violence, fraud, treachery, and betrayal led their spirits to terrible suffering. This technique, which incorporates dialogue with detailed description, is used throughout The Divine Comedy to provide context on historical, theological, and political subjects while simultaneously situating the poet as narrator and interlocutor in his own work. In this way, the physical and spiritual journey portrayed in the poem becomes a journey for Dante himself, a way of transcending the despair he describes at its beginning. In Purgatorio, Dante follows Virgil on an ascent of the Mountain of Purgatory, where he encounters the souls of sinners who must atone for their actions in life before entering Heaven. Leaving Virgil behind, Dante, in Paradiso, follows a divine Beatrice through the celestial spheres of Heaven. As he approaches God and his own salvation, changed by a newfound sense of “the Love which moves the sun and the other stars,” Dante ascends to the heights of world literature, uniting the created soul and the artist’s creation as no other poet has done before or since.

With a beautifully designed cover and professionally typeset manuscript, this edition of Dante Alighieri’s The Divine Comedy is a classic of Italian literature reimagined for modern readers.

Dante Alighieri (1265-1321) was an Italian poet. Born in Florence, Dante was raised in a family loyal to the Guelphs, a political faction in support of the Pope and embroiled in violent conflict with the opposing Ghibellines, who supported the Holy Roman Emperor. Promised in marriage to Gemma di Manetto Donati at the age of 12, Dante had already fallen in love with Beatrice Portinari, whom he would represent as a divine figure and muse in much of his poetry. After fighting with the Guelph cavalry at the Battle of Campaldino in 1289, Dante returned to Florence to serve as a public figure while raising his four young children. By this time, Dante had met the poets Guido Cavalcanti, Lapo Gianni, Cino da Pistoia, and Brunetto Latini, all of whom contributed to the burgeoning aesthetic movement known as the dolce stil novo, or “sweet new style.” The New Life (1294) is a book composed of prose and verse in which Dante explores the relationship between romantic love and divine love through the lens of his own infatuation with Beatrice. Written in the Tuscan vernacular rather than Latin, The New Life was influential in establishing a standardized Italian language. In 1302, following the violent fragmentation of the Guelph faction into the White and Black Guelphs, Dante was permanently exiled from Florence. Over the next two decades, he composed The Divine Comedy (1320), a lengthy narrative poem that would bring him enduring fame as Italy’s most important literary figure.