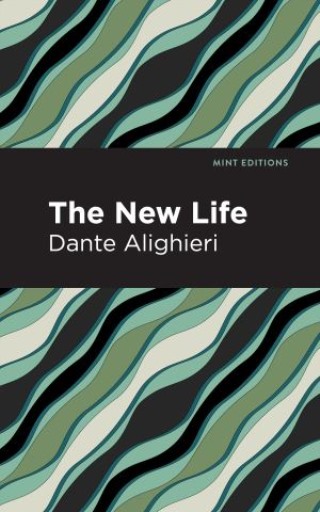 The New Life (1294) is a work of verse and prose by Italian poet Dante Alighieri. Composed in the prosimetrum style, The New Life explores the popular medieval theme of courtly love. Made up of alternating commentaries, sonnets, and canzoni, the work is an essential expression of Dante’s poetic gift, and a foundational work for the dolce stil novo literary movement to which Dante was a central figure. Written in the Tuscan vernacular, the poem was influential in establishing a standardized Italian language.

Compiled and published following the death of Beatrice Portinari, whom Dante loved from the age of nine when he saw her on the streets of Florence, The New Life translates his personal grief into a moving and universally recognizable work on the nature of love. Dante, who believed that romantic love could lead to a development of the soul, subsequently bringing one to the love of God—a concept central to The Divine Comedy—divided his work into prose commentaries and poems in verse, a popular style known as prosimetrum. Despite this debt to tradition, however, Dante wrote The New Life in the Tuscan vernacular as opposed to Latin, making his work more accessible to readers. Autobiographical in nature, The New Life portrays Dante coming to terms with his grief, praising the deceased Beatrice, and turning friends and acquaintances into figures populating his poems. From sorrow to salvation, Dante finds the light of God through the darkness of death, testifying to the transformative power of love while proving beyond any doubt the power of a transformative poetry.

With a beautifully designed cover and professionally typeset manuscript, this edition of Dante Alighieri’s The New Life is a classic of Italian literature reimagined for modern readers.

Dante Alighieri (1265-1321) was an Italian poet. Born in Florence, Dante was raised in a family loyal to the Guelphs, a political faction in support of the Pope and embroiled in violent conflict with the opposing Ghibellines, who supported the Holy Roman Emperor. Promised in marriage to Gemma di Manetto Donati at the age of 12, Dante had already fallen in love with Beatrice Portinari, whom he would represent as a divine figure and muse in much of his poetry. After fighting with the Guelph cavalry at the Battle of Campaldino in 1289, Dante returned to Florence to serve as a public figure while raising his four young children. By this time, Dante had met the poets Guido Cavalcanti, Lapo Gianni, Cino da Pistoia, and Brunetto Latini, all of whom contributed to the burgeoning aesthetic movement known as the dolce stil novo, or “sweet new style.” The New Life (1294) is a book composed of prose and verse in which Dante explores the relationship between romantic love and divine love through the lens of his own infatuation with Beatrice. Written in the Tuscan vernacular rather than Latin, The New Life was influential in establishing a standardized Italian language. In 1302, following the violent fragmentation of the Guelph faction into the White and Black Guelphs, Dante was permanently exiled from Florence. Over the next two decades, he composed The Divine Comedy (1320), a lengthy narrative poem that would bring him enduring fame as Italy’s most important literary figure.