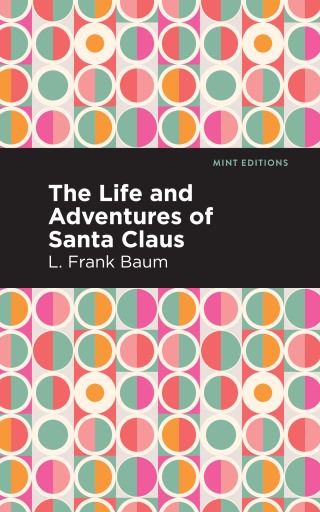 The Life and Adventures of Santa Claus

Discovered as a baby in the Forest of Burzee by Ak, the Master Woodsman of the World, Santa Claus is taken to be raised by Necile the Wood Nymph. After a peaceful childhood, Claus is introduced to human society. Horrified by the brutality and poverty of everyday life, Claus begins making toys in the Laughing Valley of Hohaho, eventually enlisting the help of the local Ryls in painting his elaborate carvings. As his toys gain in popularity, the evil Awgwas hatch a plan to steal them. Determined to bring joy to the children of the world, however, Claus never gives up on his plan to deliver his gifts. To help expand his operation, Claus employs two willing deer, who can help on only one night each year. Settling on Christmas Eve, they prepare for their very first journey.

Filled with rich, detailed layers of fantasy from the mind of L. Frank Baum, The Life and Adventures of Santa Claus is a unique take on a timeless story of love and generosity. Long overshadowed by the Wizard of Oz series, Baum’s children’s book is required reading for those who refuse to let life lose its flavor of fantasy.

With a beautifully designed cover and professionally typeset manuscript, this edition of L. Frank Baum’s The Life and Adventures of Santa Claus is a classic of children’s literature reimagined for modern readers.

L. Frank Baum (1856-1919) was an American author of children’s literature and pioneer of fantasy fiction. He demonstrated an active imagination and a skill for writing from a young age, and was encouraged by his father who bought him the printing press with which he began to publish several journals. Although he had a lifelong passion for theater, Baum found success with his novel The Wonderful Wizard of Oz (1900), a self-described “modernized fairy tale” that led to thirteen sequels, inspired several stage and radio adaptations, and eventually, in 1939, was immortalized in the classic film starring Judy Garland.