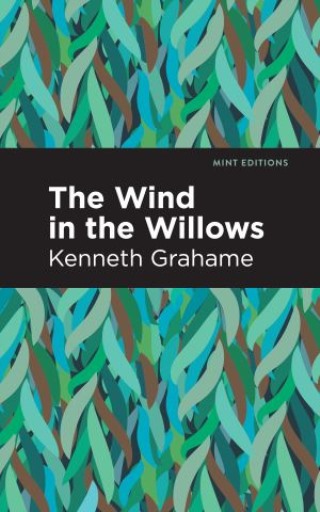 The Wind in the Willows

“One can argue over the merits of most books, and in arguing understand the point of view of one's opponent. One may even come to the conclusion that possibly he is right after all. One does not argue about The Wind in the Willows. […] The book is a test of character. […] It is a Household Book; a book which everybody in the household loves, and quotes continually; A book which is read aloud to every new guest and is regarded as the touchstone of his worth.” –A.A. Milne

The Wind in the Willows (1908) is a novel by Kenneth Grahame. Although it began as a series of interrelated stories the author would create for his son, Alastair, in order to read before bedtime, it soon took on a life of its own. Published after a series of rejections, The Wind in the Willows would go on to become not only a defining work of Edwardian English literature, but one of the most popular works of children’s fiction in the world.

Tired of spring cleaning, Mole emerges from his subterranean home to a world he has never taken the time to know. Shocked at first, he soon befriends a water vole named Rat who spends his days in a rowboat on the river. Rat not only instructs Mole on how to navigate the local waterways, but awakens in him a love and appreciation for nature. When they meet Mr. Toad, the wildly unpredictable heir of Toad Hall, their newly found peace all but disappears. Combining his obsession with motorcars with an insatiable desire for reckless driving, Mr. Toad soon forces Mole and Rat—alongside their friend Mr. Badger—to watch over him at Toad Hall in an effort to save him from himself. Taking advantage of their kind and caring natures, Mr. Toad escapes, only to be arrested, thrown in jail, and handed a twenty year sentence.

As The Wind in the Willows unfolds, another escape is staged, a home is saved, and the bonds of friendship are stretched to their limit. Kenneth Grahame’s novel is not just a book about animal life that is strangely like our own, but a book that remains, over a century after it was published, a classic work of literature for children and adults alike.

With a beautifully designed cover and professionally typeset manuscript, this edition of Kenneth Grahame’s The Wind in the Willows is a monumental literary work reimagined for modern readers.

Kenneth Grahame (1859-1932) was a Scottish author of children’s literature. Following the death of his mother at a young age, Grahame was sent to live with his grandmother in Berkshire, England, in a home near the River Thames. Unable to study at Oxford due to financial reasons, Grahame embarked on a career with the Bank of England, eventually retiring to devote himself to writing. An early exposure to nature and wildlife formed a lasting impression on Grahame, who would return to the Thames Valley of his youth throughout his literary career—most notably in his novel The Wind in the Willows (1908), which is considered his finest achievement and a masterpiece of children’s fiction.