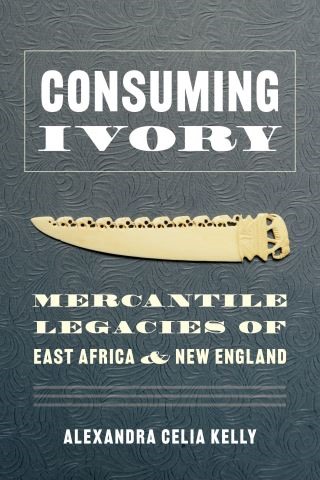 The economic prosperity of two nineteenth- and early-twentieth-century New England towns rested on factories that manufactured piano keys, billiard balls, combs, and other items made of ivory imported from East Africa. Yet while towns like Ivoryton and Deep River, Connecticut, thrived, the African ivory trade left in its wake massive human exploitation and ecological devastation. At the same time, dynamic East African engagement with capitalism and imperialism took place within these trade histories.

Drawing from extensive archival and field research in New England, Great Britain, and Tanzania, Alexandra Kelly investigates the complex global legacies of the historical ivory trade. She not only explains the complexities of this trade but also analyzes Anglo-American narratives about Africa, questioning why elephants and ivory feature so centrally in those representations. From elephant conservation efforts to the cultural heritage industries in New England and East Africa, her study reveals the ongoing global repercussions of the ivory craze and will be of interest to anthropologists, archaeologists, historians, and conservationists.

Alexandra Celia Kelly is assistant professor of history and anthropology at the University of Wyoming.