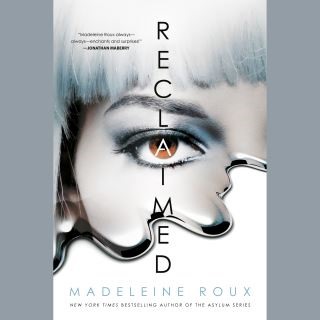 In this claustrophobic science fiction thriller, a woman begins to doubt her own sanity and reality itself when she undergoes a dangerous experiment.

The Ganymede facility is a fresh start. At least that's what Senna tells herself when she arrives to take part in a cutting-edge scientific treatment in which participants have traumatic memories erased.

And Senna has reasons for wanting to escape her past.

But almost as soon as the treatment begins, Senna finds more than just her traumatic memories disappearing. She hardly recognizes her new life or herself. Even though the cure might justify the side effects of the process, Senna knows that something isn't right. As the side effects worsen, she will need to band together with the other participants to unravel the mystery of her present and save her future.

Madeleine Roux: Madeleine Roux is the New York Times bestselling author of the Asylum series, which has sold in eleven countries worldwide and whose first book was named a Kids' Indie Next List pick. She is also the author of the House of Furies series and has made contributions to Star Wars, World of Warcraft, Scary Out There and Don't Turn Out the Lights. A graduate of the Beloit College writing program, Madeleine now lives with her beloved dog in Seattle, Washington.