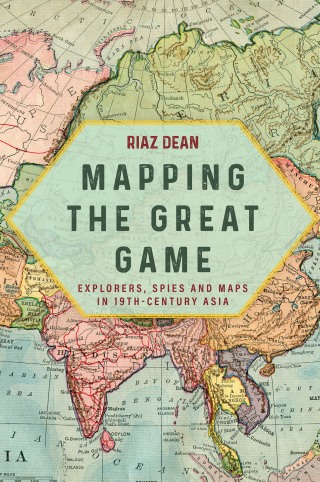 The work of explorers, surveyors and spies in the race to conquer Southern Asia is vividly recounted in this history of British imperial cartography.

In the 19th century, the British and Russian empires were engaged in bitter rivalry for the acquisition of Southern Asian. Although India was the ultimate prize, most of the intrigue and action took place along its northern frontier in Afghanistan, Turkestan and Tibet. Mapping the region and gaining knowledge of the enemy were crucial to the interests of both sides.

The Great Trigonometrical Survey of India began in the 18th century with the aim of creating a detailed map of the subcontinent. Under the leadership of George Everest—whose name was later bestowed to the world’s tallest mountain—the it mapped the Great Arc running from the country’s southern tip to the Himalayas. Much of the work was done by Indian explorers known as Pundits. They were the first to reveal the mysteries of the forbidden city of Lhasa, and discover the true course of Tibet’s mighty Tsangpo River.

These explorers performed essential information gathering for the British Empire and filled in large portions of the map of Asia. Their adventurous exploits are vividly recounted in Mapping the Great Game.