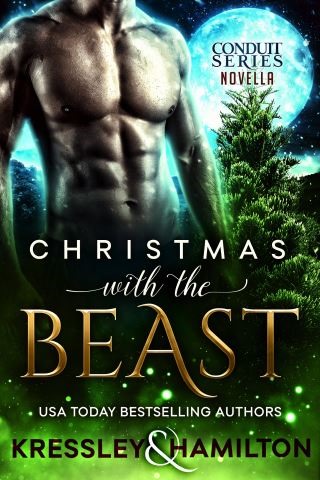 Christmas with the Beast

A Steamy Paranormal Romance Spin on Beauty and the Beast

Everyone tried to warm them. Don’t go to Hope’s Bluff at Christmastime. Come back in the spring. Just get out of here while you still can. Run before your name ends up on the list.

But by the time Char and Abram know the whole of what’s going on, it’s too late. Now they’re gonna need a Christmas miracle to stop Santa from destroying the small town of Hope’s Bluff.

Christmas with the Beast is a standalone novella from the Conduit Series, taking place outside of the Conduit Series timeline. It does not line up to follow or precede any of the existing titles and can be enjoyed separately by series fans and newcomers alike.

Rebecca Hamilton: New York Times bestselling author Rebecca Hamilton writes urban fantasy and paranormal romance for Harlequin, Baste Lübbe, and Evershade. A book addict, registered bone marrow donor, and indian food enthusiast, she often takes to fictional worlds to see what perilous situations her characters will find themselves in next. Represented by Rossano Trentin of TZLA, Rebecca has been published internationally, in three languages: English, German, and Hungarian. You can follow her on twitter @InkMuse|||