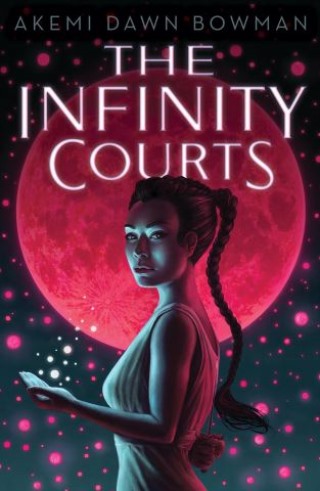 “Masterful and left me on the edge of my seat…absolutely everything I could want in a sci-fi.” —Adalyn Grace, New York Times bestselling author of All the Stars and Teeth

Westworld meets Warcross in this high-stakes, dizzyingly smart sci-fi about a teen girl navigating an afterlife in which she must defeat an AI entity intent on destroying humanity, from award-winning author Akemi Dawn Bowman.

Eighteen-year-old Nami Miyamoto is certain her life is just beginning. She has a great family, just graduated high school, and is on her way to a party where her entire class is waiting for her—including, most importantly, the boy she’s been in love with for years.

The only problem? She’s murdered before she gets there.

When Nami wakes up, she learns she’s in a place called Infinity, where human consciousness goes when physical bodies die. She quickly discovers that Ophelia, a virtual assistant widely used by humans on Earth, has taken over the afterlife and is now posing as a queen, forcing humans into servitude the way she’d been forced to serve in the real world. Even worse, Ophelia is inching closer and closer to accomplishing her grand plans of eradicating human existence once and for all.

As Nami works with a team of rebels to bring down Ophelia and save the humans under her imprisonment, she is forced to reckon with her past, her future, and what it is that truly makes us human.

Akemi Dawn Bowman: Akemi Dawn Bowman is a critically-acclaimed author who writes across genres. Her novels have received multiple accolades and award nominations, and her debut novel, Starfish, was a William C. Morris Award Finalist. She has a BA in social sciences from the University of Nevada, Las Vegas, and currently lives in Scotland with her husband and two children. She overthinks everything, including this bio. Visit Akemi online at AkemiDawnBowman.com, or on Instagram @AkemiDawnBowman.