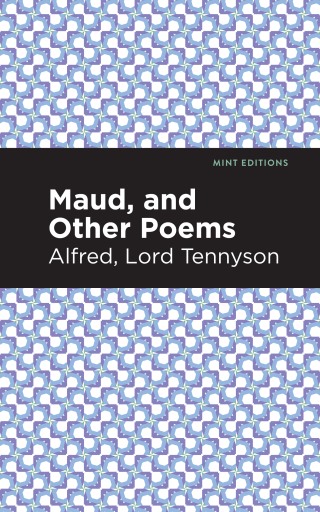 Maud, and Other Poems

Maud, and Other Poems (1850) is a collection of poems by British poet Alfred, Lord Tennyson. The first work Tennyson published after becoming Poet Laureate in 1850, Maud, and Other Poems contains several of the poet’s most celebrated works. “Maud,” the title poem, is a narrative that explores themes of forbidden romance, marriage, death, and mourning. “The Charge of the Light Brigade,” originally published in The Examiner in 1854, was written as a tribute to the British Light Cavalry Brigade, which led an ill-fated charge at the Battle of Balaclava during the Crimean War.

“Maud” follows a young poet who, after the tragic loss of his father, falls in love with the beautiful Maud. Despite his honorable intentions, the narrator is thwarted by Maud’s brother, who wants his sister to marry a wealthy businessman. When the brother takes a brief trip to London, the young poet uses the opportunity to court Maud in earnest. But time is not on his side, and the brother returns to throw a ball in order to introduce the businessman to his sister. As his chance at love erodes, the poet makes a desperate choice and risks losing everything—love, home, and life itself. “The Charge of the Light Brigade” is a tribute to the British casualties at the Battle of Balaclava during the Crimean War. Tennyson’s patriotic narrative poem addresses the controversy surrounding the charge, which took place because of a mistaken order and sent hundreds of British cavalrymen in a doomed head-on assault on a well-fortified Russian line of defense.

With a beautifully designed cover and professionally typeset manuscript, this edition of Alfred, Lord Tennyson’s Maud, and Other Poems is a classic of English literature reimagined for modern readers.

Alfred, Lord Tennyson (1809-1892) was a British poet. Born into a middle-class family in Somersby, England, Tennyson began writing poems with his brothers as a teenager. In 1827, he entered Trinity College, Cambridge, joining a secret society known as the Cambridge Apostles and publishing his first book of poems, a collection of juvenile verse written by Tennyson and his brother Charles. He was awarded the Chancellor’s Gold Medal in 1829 for his poem “Timbuktu” and, in 1830, published Poems Chiefly Lyrical, his debut individual collection. Following the death of his father in 1831, Tennyson withdrew from Cambridge to care for his family. His second volume of poems, The Lady of Shalott (1833), was a critical and commercial failure that put his career on hold for the next decade. That same year, Tennyson’s friend Arthur Hallam died from a stroke while on holiday in Vienna, an event that shook the young poet and formed the inspiration for his masterpiece, In Memoriam A.H.H. (1850). The poem, a long sequence of elegiac lyrics exploring themes of loss and mourning, helped secure Tennyson the position of Poet Laureate, to which he was appointed in 1850 following the death of William Wordsworth. Tennyson would hold the position until the end of his life, making his the longest tenure in British history. With most of his best work behind him, Tennyson continued to write and publish poems, many of which adhered to the requirements of his position by focusing on political and historical themes relevant to the British royal family and peerage. An important bridge between Romanticism and the Pre-Raphaelites, Tennyson remains one of Britain’s most popular and influential poets.