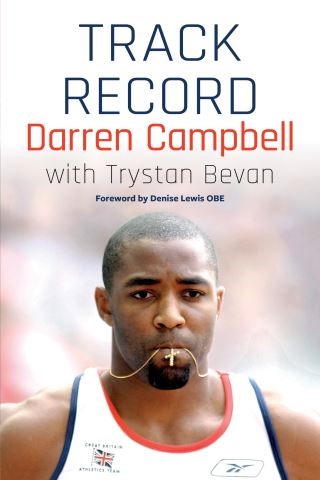 Olympic gold medallist Darren Campbell is one of Britain's most successful and popular athletes, yet the real story behind his success has not been made public, until now. Track Record, his long-awaited autobiography, reveals how a boy from painfully humble beginnings in Moss Side, Manchester, and who suffered bullying at school, was inspired by Carl Lewis at the 1984 Olympics to harness his athletic ability and break out of a cycle of misbehaviour and petty crime to enjoy huge success in sport, business and as a broadcaster. Despite his early promise as a young sprinter Darren explains how, totally disillusioned with the use of performance-enhancing drugs in athletics, he turned to football where he played at a semi-professional level for Cwmbran Town, Weymouth FC and was offered a contract at Plymouth Argyle. His realisation, however, that he could either continue to be a decent lower league footballer, or return to the track and become a world class sprinter, saw him link-up with coach Linford Christie and achieve great success, winning a host of gold, silver and bronze medals at major championships, including silver in the 200m at the 2000 Sydney Olympics, and gold in the 4 x 100m at the 2004 Athens Olympics Spurred into finally telling his story after suffering a life-threatening condition in 2018, Track Record is the heart-warming and inspirational life-story of a talented, principled and determined man who overcame economic poverty and racial prejudice to triumph on the athletic tracks of the world.