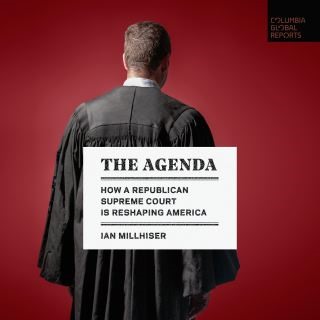 How a Republican Supreme Court is Reshaping America

From 2011, when Republicans gained control of the House of Representatives, until the present, Congress enacted hardly any major legislation outside of the tax law President Trump signed in 2017. In the same period, the Supreme Court dismantled much of America's campaign finance law, severely weakened the Voting Rights Act, permitted states to opt-out of the Affordable Care Act's Medicaid expansion, weakened laws protecting against age discimination and sexual and racial harassment, and held that every state must permit same-sex couples to marry. This powerful unelected body, now controlled by six very conservative Republicans, has and will become the locus of policymaking in the United States.

Ian Millhiser, Vox's Supreme Court correspondent, tells the story of what those six justices are likely to do with their power. It is true that the right to abortion is in its final days, as is affirmative action. But Millhiser shows that it is in the most arcane decisions that the Court will fundamentally reshape America, transforming it into something far less democratic, by attacking voting rights, dismantling and vetoing the federal administrative state, ignoring the separation of church and state, and putting corporations above the law. The Agenda exposes a radically altered Supreme Court whose powers extend far beyond transforming any individual right--its agenda is to shape the very nature of America's government, redefining who gets to have legal rights, who is beyond the reach of the law, and who chooses the people who make our laws.

Ian Millhiser: Ian Millhiser is a senior correspondent at Vox, where he focuses on the Supreme Court, the Constitution, and the decline of liberal democracy in the United States. Before joining Vox, he was a columnist at ThinkProgress. He is the author of Injustices: The Supreme Court's History of Comforting the Comfortable and Afflicting the Afflicted, published in 2015, and his writings have appeared in The New York Times, The Guardian, The Nation, American Prospect, and the Yale Law & Policy Review. He received his J.D. from Duke University and clerked for judge Eric L. Clay of the United States Court of Appeals for the Sixth Circuit. He lives in Arlington, Virginia. Follow him at @imillhiser.