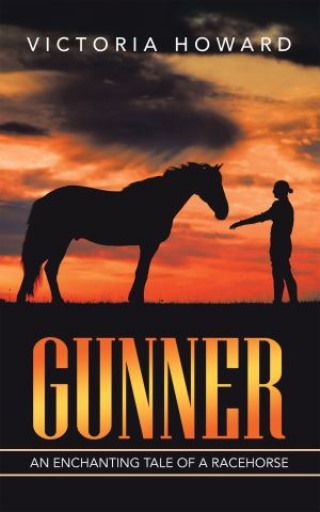 An Enchanting Tale of a Racehorse

Fairytales. We all love fairytales because there is a piece of us, a sliver of innocence left from our youth that suddenly surfaces when revealed by the printed page or silver screen. It’s there in our inner self, the part that still believes in magical tales. Looking at fairy tales through the lens of science reveals that some stories aren’t as far-fetched as they appear to be. This is where the wonders of pure imagination kick in. Many stories focus on animals that are always the eternal underdogs. Who didn’t love the stories of Bambi, Lassie, and Black Beauty? They are essentially fairy tales, but hauntingly told with a modicum of truth and reality. The ingenious Walt Disney did it best as his characters came to life via animation, bringing fantasy and imagination to reality and utilizing the tried and tested ‘feel good’ philosophy that ‘Dreams Can Come True.’ That is, after some trials and tribulations, of course. Although the story of Gunner is factual, there are parts that have been enhanced and exaggerated in adherence to pure storytelling. In true Walt Disney like inspiration, Gunner is the basic ‘rags to riches’ saga of an ordinary racehorse that overcomes incredible adversity to emerge as the extraordinary equine legend he is today. After reading the story, formulate your own conclusion. Can horses really communicate with one another? Do they connect with and even reflect human emotions?Is there really that elusive Rainbow Bridge between Heaven and Earth where departed pets idyllically await their owners’ crossing? It’s your call, but I know one thing: Dreams Do Come True ---- just ask Gunner.

Victoria Howard: Victoria Howard is an internationally published author and an avid horse lover who has bred, owned, raised, and raced Standardbred horses for 40 years. She has appeared on Fox & Friends, Good Day Sacramento, Good Morning Kentucky, and Good Day L.A. with several of her books. Her work has been highlighted in The New York Times, The Pittsburgh Press and The Huffington Post. Victoria holds several beauty titles and once represented her state in the Mrs. USA Pageant in Las Vegas. In 2011 she was voted “Woman of the Year” by Who’s Who Worldwide. Victoria lives in Florida with her family.