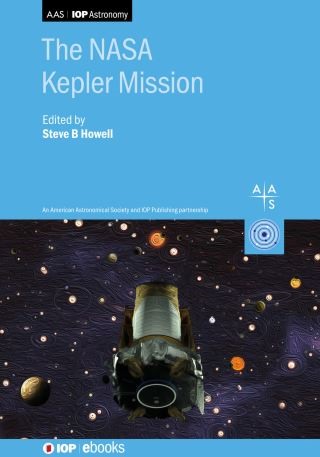 The NASA Kepler and K2 missions have made fundamental, paradigm-changing advances in essentially every area of astrophysics and planetary science. While known for their breakthrough discoveries in exoplanets – especially small rocky worlds orbiting in the habitable zone of their host suns – these missions have also continued to make numerous scientific advances in solar system science, stellar astrophysics and extragalactic astronomy. This book is devoted to the Kepler and K2 missions and covers the tremendous new discoveries made in the areas of spacecraft engineering, asteroseismology, binary and variable stars, stellar astrophysics, white dwarfs, asteroids and comets, active galaxies, supernovae, black holes, and of course exoplanets of all types. It is suitable for the interested layperson, pupils of science and space missions, and advanced science students and researchers wishing for an introduction and highly focused memoir of the NASA Kepler mission and its amazing accomplishments.

The text is nicely written in a somewhat personal style, easily accessible yet precise and fully referenced to scientific publications. The individual contributions are short and nicely integrated into the main text by use of text boxes, which increases the readability. It is overall very accessible, also owing to the fact that no mathematics or formal scientific training is necessarily required to understand most of the material presented.

It can be recommended to anyone with a general interest in the engineering and science of space telescopes, or more specifically with the study of exoplanets by space-based photometry. It provides an interesting and informative read about the Kepler mission for interested laypersons to experts.
Manuel Vogel 2021 Contemporary Physics Taylor & Francis Group
The book is full of fascinating results from a fascinating Discovery Mission.
Virginia Trimble 2021 The Observatory