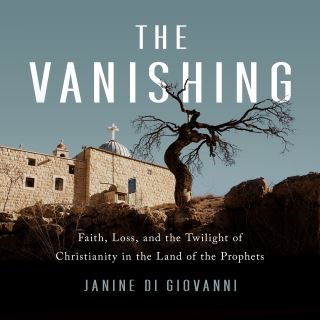 Faith, Loss, and the Twilight of Christianity in the Land of the Prophets

The Vanishing reveals the plight and possible extinction of Christian communities across Syria, Egypt, Iraq, and Palestine after 2,000 years in their historical homeland.
Some of the countries that first nurtured and characterized Christianity - along the North African Coast, on the Euphrates and across the Middle East and Arabia - are the ones in which it is likely to first go extinct. Christians are already vanishing. We are past the tipping point, now tilted toward the end of Christianity in its historical homeland. Christians have fled the lands where their prophets wandered, where Jesus Christ preached, where the great Doctors and hierarchs of the early church established the doctrinal norms that would last millennia.
From Syria to Egypt, the cities of northern Iraq to the Gaza Strip, ancient communities, the birthplaces of prophets and saints, are losing any living connection to the religion that once was such a characteristic feature of their social and cultural lives.
In The Vanishing, Janine di Giovanni has combined astonishing journalistic work to discover the last traces of small, hardy communities that have become wisely fearful of outsiders and where ancient rituals are quietly preserved amid 360 degree threats. Di Giovanni's riveting personal stories and her conception of faith and hope are intertwined throughout the chapters. The book is a unique act of pre-archeology: the last chance to visit the living religion before all that will be left are the stones of the past.

Janine di Giovanni: Janine di Giovanni is the winner of a 2019 Guggenheim Fellowship and in 2020 was awarded the Blake Dodd Prize from the American Academy of Arts and Letters for her lifetime achievement in non-fiction; it has previously been awarded to Alexander Stille and Elizabeth Kolbert. She has won a dozen other international awards. She is a Senior Fellow at Yale University, the Jackson Institute for Global Affairs and the former Edward R. Murrow Fellow at the Council on Foreign Affairs in New York. Her accolades are well-deserved; she has written and reported from the Balkans, Africa and the Middle East, where she witnessed the siege of Sarajevo, the fall of Grozny and the destruction of Srebrenica and Rwanda in 1994, as well as more than a dozen active conflicts.
She lives in Paris, France.