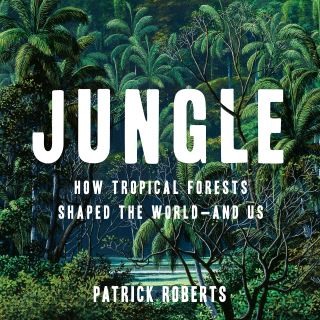 How Tropical Forests Shaped the World—and Us

From the age of dinosaurs to the first human cities, a groundbreaking new history of the planet that tropical forests made.

To many of us, tropical forests are the domain of movies and novels. These dense, primordial wildernesses are beautiful to picture, but irrelevant to our lives.

Jungle tells a different story. Archaeologist Patrick Roberts argues that tropical forests have shaped nearly every aspect of life on earth. They made the planet habitable, enabled the rise of dinosaurs and mammals, and spread flowering plants around the globe. New evidence also shows that humans evolved in jungles, developing agriculture and infrastructure unlike anything found elsewhere.

Humanity’s fate is tied to the fate of tropical forests, and by understanding how earlier societies managed these habitats, we can learn to live more sustainably and equitably today. Blending cutting-edge research and incisive social commentary, Jungle is a bold new vision of who we are and where we come from.

Patrick Roberts: Patrick Roberts is a W2 research group leader at the Max Planck Institute for the Science of Human History. He is a National Geographic Explorer and has received numerous awards for his research on human evolution, including a €1.5 million European Research Council Starting Grant. He lives in Jena, Germany.