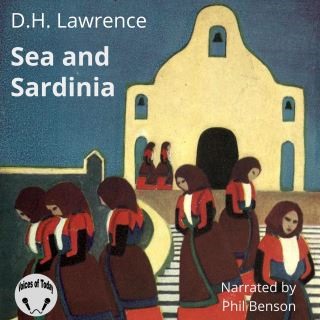 At the end of World War 1, D. H. Lawrence and his wife, Frieda (‘the queen bee’), exiled themselves from England and set up home in Sicily. On the spur of the moment, Lawrence proposed a short trip to Sardinia. Setting off before dawn, they embarked on a whirlwind tour, by train to Palermo, ferry to Cagliari, and by train and bus to Terranova, returning to Rome by ferry. Back in Sicily Lawrence wrote Sea and Sardinia, one of the great travel journals of the twentieth century, in six weeks and entirely from memory. Alternately enthusiastic and grumpy, but always effusive, Lawrence’s journal sparkles with observations of the day-to-day detail of travel and characters encountered on the way