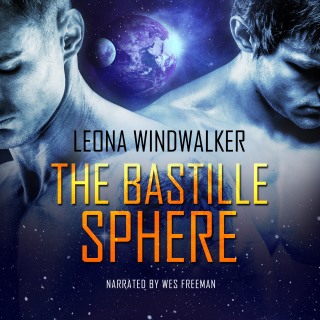 The Bastille Sphere: a penal colony being developed by Harmony Inc. Entry is one way only, with no way out. It's supposed to be for habitual re offenders and the worst violent offenders.

River knew there was a chance that he and his brother would fall behind on the loan they took out to cover their mother's medical bills and funeral. He never expected Harmony to call in the debt under the Debtor's Prison Act. He certainly wouldn't have believed that they'd send him to Bastille to become a gladiator's prize.

Leyland knew just how corrupt Harmony was. Eager to populate their colony, they used the system to grab anyone they thought wouldn't be missed. If they qualified for gladiator training, it was a bonus, as the broadcast games added to the revenue the colony brought in.

The prize: A fight to the death with the winner gaining his parole. He couldn't leave Bastille, but would gain a modicum of freedom, including his own home behind the walls of the Compound outside of the prison grounds, and be gifted with a mate. It was a win/win as far he was concerned. Leyland would either be freed by death at last, or he'd win and gain as normal a life as Bastille offered.

If only it was that easy.