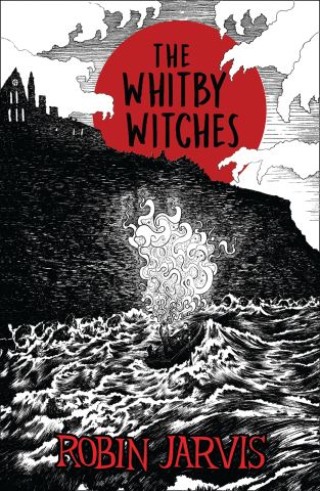 A glorious new edition of Robin Jarvis’s classic and the inspiration for The Power of Dark and its sequels. Contains bonus material specially produced for this Egmont Modern Classics title.

When orphans Ben and Jennet arrive in the seaside town of Whitby to stay with Alice Boston, they have no idea what to expect. A lively 92-year-old, Miss Boston is unlike any other foster mother they’ve known.

Ben is gifted with ‘the sight’, which gives him the power to see things invisible to other mortals. He soon encounters the mysterious fisher folk who live under the cliffs and discovers that Alice and her friends are not quite what they seem.

But a darkness is stalking the streets of Whitby, bringing with it fear and death. Could it be a ghost from the Abbey? Or a beast from hell? Unless the truth is uncovered, the town and all its inhabitants is doomed.

Robin Jarvis started writing in 1988 and quickly became a bestselling author with his Deptford Mice and Whitby Witches series. The Whitby Witches is the book that inspired his latest series, which begins with The Power of Dark. You can find out more at www.robinjarvis.com or follow him on Twitter @robinjarvis1963

Robin Jarvis started writing and illustrating his own books in 1988 and, with his acclaimed ‘Deptford Mice’ and ‘Whitby Witches’ titles, quickly acquired a reputation as a bestselling children’s author. He has been shortlisted for the Carnegie Prize and Smarties Award, and twice won the Lancashire Libraries Children’s Book of the Year Award. Amongst children, his work has a cult following.