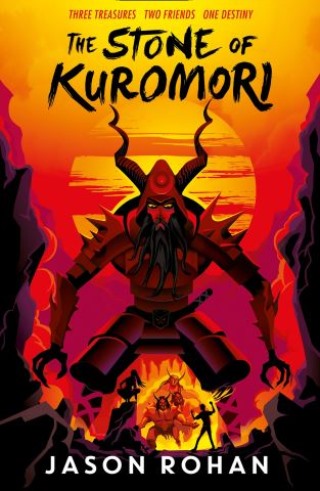 Ever since Kenny learned that he’d been chosen as bearer of a magical sword, he and best friend Kiyomi have been protecting the human world from ancient Japanese monsters. But Kiyomi’s human soul has been taken from her and only the restoration of the three sacred treasures – the sword, the mirror and the jewel – can save her from transforming into a monster herself.

Yet as they complete their mission, they discover that all their actions have been manipulated and an undead army is about to be unleashed upon humankind. The forces of life, with Kenny as their champion, gather their allies for a final showdown.

Jason Rohan has worked as a staff writer for Marvel Comics in New York and as an English teacher in Japan, where he lived for five years. He returned to the UK and now lives in West London with his wife and five children.

When he was sixteen, Jason blagged his way into Marvel Comics in New York and landed a gig as an intern, during which time he made his first professional sale – a Captain America story which his editor bought either through pity or to stop him pestering.