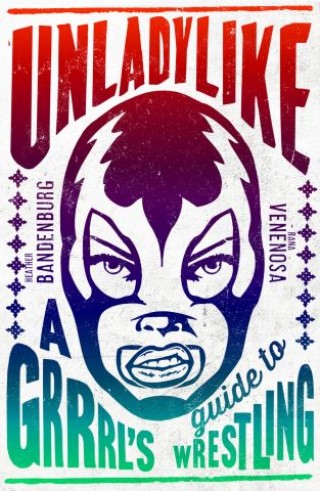 A Grrrl's Guide to Wrestling

'One of the greatest wrestling memoirs I've had the pleasure to have read... Unladylike was a great reminder of why I fell in love with wrestling to begin with' Mick Foley

Forget what you think you know about wrestling.

In the world of Heather Honeybadger, aka Rana Venenosa, there are no steroids, no tans, no million-dollar contracts – there is only lycra, a sweaty underground club and an unbreakable resilience. From the day that Heather steps into the ring of the punk wrestling school Lucha Britannia, she finds herself transformed into a person she never knew she could be.

How do you become a wrestler when you hate sports so much you can't do a press-up? What makes feminists and wrestlers both mortal enemies and unlikely best friends? For the first time, an independent female wrestler talks in depth about how she went from a sad, lost riot grrrl to an empowered, persevering fighter who has performed across the world.

Unladylike is a feminist romp like no other – hard-hitting, life-affirming and funny, just like the women who find themselves in the ring.

Heather Von Bandenburg: Heather Von Bandenburg is thirty years old, lives in South London, and grew up in a village in Suffolk. Seven years ago she took up wrestling by accident, which has led her to perform across the London cabaret scene and write about women's wrestling. Her work focuses on the importance of being an outsider, and the vitality of co-dependence between people despite their differences. To date her greatest achievements have been donating bone marrow, surviving ovarian cancer, performing at the Natural History Museum and being tweeted by Cher.