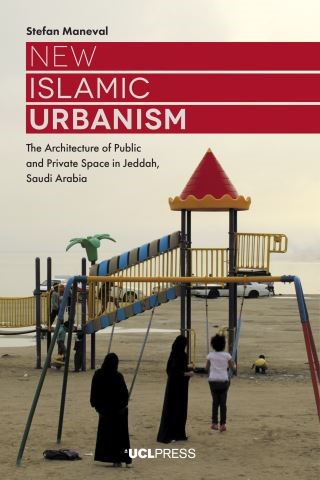 The Architecture of Public and Private Space in Jeddah, Saudi Arabia

Since the dawn of the oil era, cities in Saudi Arabia have witnessed a rapid growth and profound societal changes. As a response to foreign architectural solutions and an increasing popularity of Western lifestyle, a distinct style in architecture and urban planning emerged. Characterised by an emphasis on privacy protection through high enclosures, gates, blinds, and tinted windows, “New Islamic Urbanism” constitutes for some an important element of piety. For others, it enables alternative ways of life, banned social practices, as well as the formation of publics and counterpublics.

Tracing the emergence of New Islamic Urbanism, this book sheds new light on the changing conceptions of public and private space in the Saudi city of Jiddah in the twentieth century. It challenges the widespread assumption that the public sphere is exclusively male in Muslim contexts such as Saudi Arabia, where women’s public visibility is limited by the wearing of a veil and strict rules of gender segregation. Stefan Maneval provides a nuanced account of the negotiation of public and private spaces by men and women in Saudia Arabia and shows that the rigid segregation regime for which the country is known serves to constrain the movements of men and women alike.

Stefan Maneval holds a PhD in Islamic Studies from Freie Universität Berlin. He is co-editor of Muslim Matter (2016), a photo book documenting the diversity of everyday Muslim life and material culture, and author of several articles on Saudi Arabia. Living in Berlin, he holds a research position at Martin Luther University Halle-Wittenberg. His current research project focusses on contemporary theology from Lebanon.