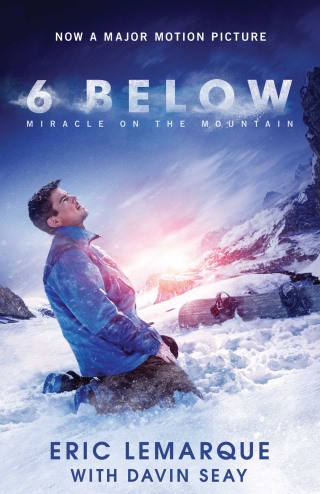 Miracle on the Mountain

In this riveting first-person account, former Olympian and professional hockey player Eric LeMarque tells a harrowing tale of survival—of how, with only a lightweight jacket and thin wool hat, he survived eight days stranded in the frozen wilderness after a snowboarding trip gone horribly wrong.

Known by his National Guard rescuers as “the Miracle Man,” Eric recounts his rise to success and fame as a hockey player and Olympian, his long and painful fall due to crystal meth addiction, and his unbelievable ordeal in the wilderness. In the end, a man whose life had been based on athleticism would lose both his legs to frostbite and had to learn to walk—and snowboard—again with prosthetics. He realized that he couldn’t come to terms with his drug addiction or learn to walk again by himself. He had to depend on God for his strength.

Now an inspirational speaker committed to raising awareness for the dangers of drugs and crystal meth, Eric, in 6 Below, confronts the ultimate test of survival: what it takes to find your way out of darkness, and—after so many lies—to tell the truth and, by the grace and guidance of God, begin to live again.

Davin Seay: Eric LeMarque is an inspirational speaker, business owner, entrepreneur, avid sports enthusiast, and volunteer. He lives with his wife of eleven years, Hope, along with their two children, Nicholas and Zach, in Los Angeles.

Davin Seay is the author and co-author of numerous books, including Hello Charlie, In Justice, and Mission: Black List #1.