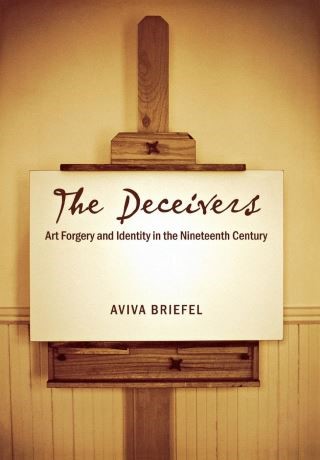 Art Forgery and Identity in the Nineteenth Century

The nineteenth century witnessed an unprecedented increase in art forgery, caused both by the advent of national museums and by a rapidly growing bourgeois interest in collecting objects from the past. This rise had profound repercussions on notions of selfhood and national identity within and outside the realm of art. Although art critics denounced forgery for its affront to artistic traditions, they were fascinated by its power to shape the human and object worlds and adopted a language of art forgery to articulate a link between the making of fakes and the making of selves. The Deceivers explores the intersections among artistic crime, literary narrative, and the definition of identity.

Literary texts joined more specialized artistic discourses in describing the various identities associated with art forgery: the forger, the copyist, the art expert, the dealer, the restorer. Built into new characters were assumptions about gender, sexuality, race, and nationality that themselves would come to be presented in a language of artistic authenticity. Aviva Briefel places special emphasis on the gendered distinction between male forgers and female copyists. "Copying," a benign occupation when undertaken by a woman, became "forgery," laden with criminal intent, when performed by men. Those who could successfully produce, handle, or detect spurious things and selves were distinguished from others who were incapable of distinguishing the authentic from the artistic and human forgeries.

Through close reading of literary narratives such as Trilby and The Marble Faun as well as newspaper accounts of forgery scandals, The Deceivers reveals the identities—both authentic and fake—that emerged from the Victorian culture of forgery.

Aviva Briefel is Associate Professor of English at Bowdoin College.