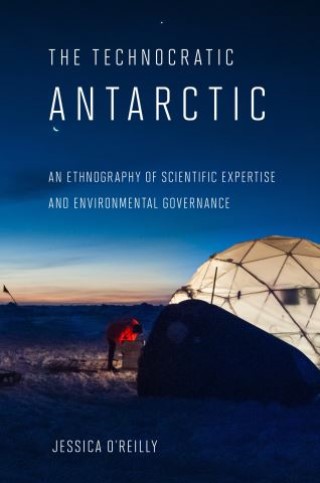 An Ethnography of Scientific Expertise and Environmental Governance

Jessica O’Reilly conducted most of her research for this book in New Zealand, home of the "Antarctic Gateway" city of Christchurch, and on an expedition to Windless Bight, Antarctica, with the New Zealand Antarctic Program. O’Reilly also follows the journeys Antarctic scientists and policymakers take to temporarily "Antarctic" places such as science conferences, policy workshops, and the international Antarctic Treaty meetings in Scotland, Australia, and India. Competing claims of nationalism, scientific disciplines, field experiences, and personal relationships among Antarctic environmental managers disrupt the idea of a utopian epistemic community. O’Reilly focuses on what emerges in Antarctica among the complicated and hybrid forms of science, sociality, politics, and national membership found there. The Technocratic Antarctic unfolds the historical, political, and moral contexts that shape experiences of and decisions about the Antarctic environment.

Jessica O’Reilly is Assistant Professor in the Department of International Studies at Indiana University Bloomington.