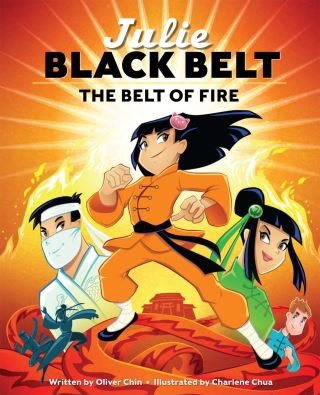 Oliver Chin:
Oliver Chin has written The Tales from the Chinese Zodiac series, Baltazar and the Flying Pirates, Welcome to Monster Isle, Timmy and Tammy’s Train of Thought, and The Adventures of WonderBaby. He is writing Julie Black Belt’s sequel and lives in San Francisco, California.

Charlene Chua was born in Singapore and raised on a diet of American cartoons and music in the midst of a booming Asian city. She now is an award-winning illustrator living with her husband and cats in Toronto, Canada, and illustrating Julie Black Belt’s sequel.