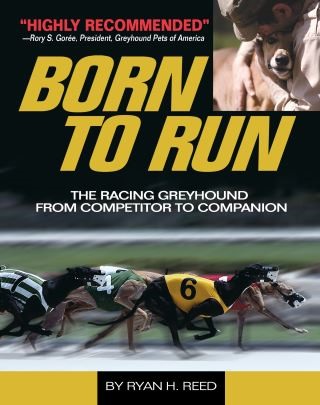 The Born to Run

Racing Greyhound, from Competitor to Companion

In chronicling his travels to many of America’s dog tracks, Greyhound owner and adoption advocate Ryan H. Reed shatters misconceptions about the controversial sport of Greyhound racing. Reed uncovers a world of magnificent canine athletes and their devoted owners and trainers. With amazing color photographs of the dogs in action, Born to Run gives readers a behind-the-scenes look at the daily activities of breeding kennels, racetracks, and adoption centers, detailing the lives of racing Greyhounds from puppyhood to their competitive careers to their lives as cherished pets after retirement.

Ryan Reed:
Ryan Reed was born in Kennewick, Washington in 1968. Ryan adopted his first retired racer from Greyhound Pets of America's Idaho Chapter (now Greyhound Pets, Incorporated). A few scant months later, he began working as an adoption volunteer for the organization. His current Greyhounds, Dino and Bailey, were adopted through GPI as well.
Ryan is a contributor to The Greyhound Review – the official publication of the National Greyhound Association – and was a contributor to the short-lived publication, The Racing Greyhound Insider. Ryan continues to be an advocate for the sport of greyhound racing and adoption.