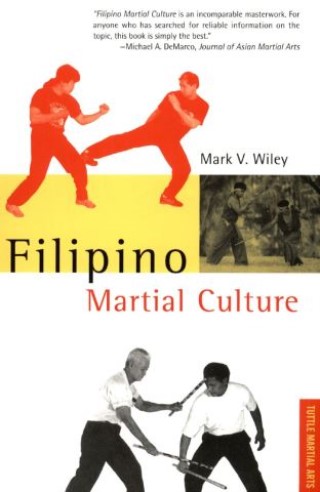 Widely practiced but not always understood, the Filipino martial arts have a rich history and distinctive character that have not fully been documented until now.

In the course of his research, internationally renowned martial arts master and scholar Mark V. Wiley traveled the globe, interviewing top masters and recording their life histories, thoughts, and anecdotes. In addition, he collected 320 historical photographs and illustrations, including step-by-step sequences of the masters demonstrating the distinctive techniques of their particular martial styles. A classic reference for practitioners and researchers alike, this Filipino martial arts book is as much a definitive anthropological textbook as it is a practical guide to Arnis, Kali, Eskrima, and the other martial arts of the Philippines.

Mark V. Wiley:
Mark V. Wiley has written for multiple martial arts and health publications, including Karate-Kung Fu Illustrated and The Journal of Asian Martial Arts. One of the world's foremost martial arts researchers, he is the co-author of Qigong for Health and Well-Being and author of Martial Arts Talk, and Secrets of Cabales Serrada Escrima).