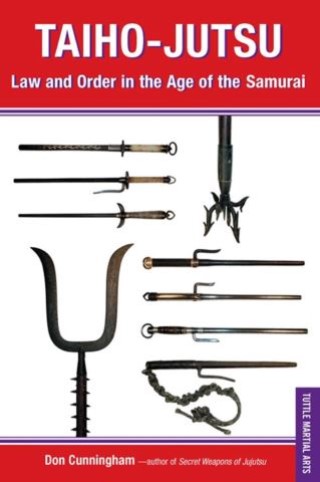 Law and Order in the Age of the Samurai

In Taiho-Jutsu: Law and Order in the Age of the Samurai, author and judo second-dan Don Cunningham provides a fascinating introduction to the civil society of Edo-period (1603-1867) Japan—particularly the role played by the well-known warrior class, the samurai.

Cunningham shows that the samurai were not, as commonly portrayed, always all-powerful mediators ruling the chonin through the power of their swords. During this period the samurai became a part of the complex system of Japanese law enforcement. Made up of samurai as well as machi-bugyo-sho (town magistrates), yoriki ("assistant" samurai), doshin (samurai patrol officers), komono (assistants), goyokiki (part-time police assistants) and okappiki (informants and spies)—this intricate structure mirrored the Japanese society of the day.