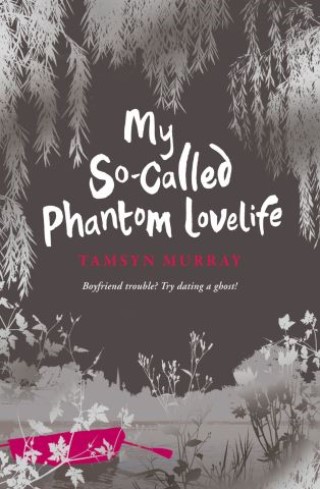 When fourteen-year-old Skye Thackery meets Owen Wicks, it's not exactly love at first sight. She's getting over a broken heart and he's, well, a ghost. But as Skye gets to know him, she can't help wondering what it would be like to kiss him. Dating a ghost isn't easy, and things get worse when Owen declares he's found a way to stay with Skye for ever. His plans make her uneasy - the shadowy organisation which claims to be able to help him is bad news, and it seems Nico, her ex, is involved too. As Owen prepares to risk everything, Skye begins to wonder if she really has a future with him, or if his desire to be more than just a ghost will cost them everything?

Tamsyn Murray: Tamsyn Murray spent her childhood moving around a lot, from Truro in Cornwall to a village called Norham in Northumberland (which is probably as far from Cornwall as it's possible to get and still be in England) and then on to the Lake District. At eighteen she left home to go to university in London and has been a Londoner ever since. When she's not working or writing, she can be found singing and dancing with her local amateur dramatics society. Her first novel, MY SO-CALLED AFTERLIFE was highly commended by Booktrust Teenage Prize 2010 for its contribution to contemporary writing for teenagers. Follow Tamsyn at www.tamsynmurray.co.uk or on Twitter: @TamsynTweetie